Does bioresonance therapy really work? Only Facts and Science.

In this article, we will talk about the effectiveness of bioresonance therapy based on facts and scientific data.

Does bioresonance therapy really work? Only Facts and Science.

In this article, we will talk about the effectiveness of bioresonance therapy based on facts and scientific data. 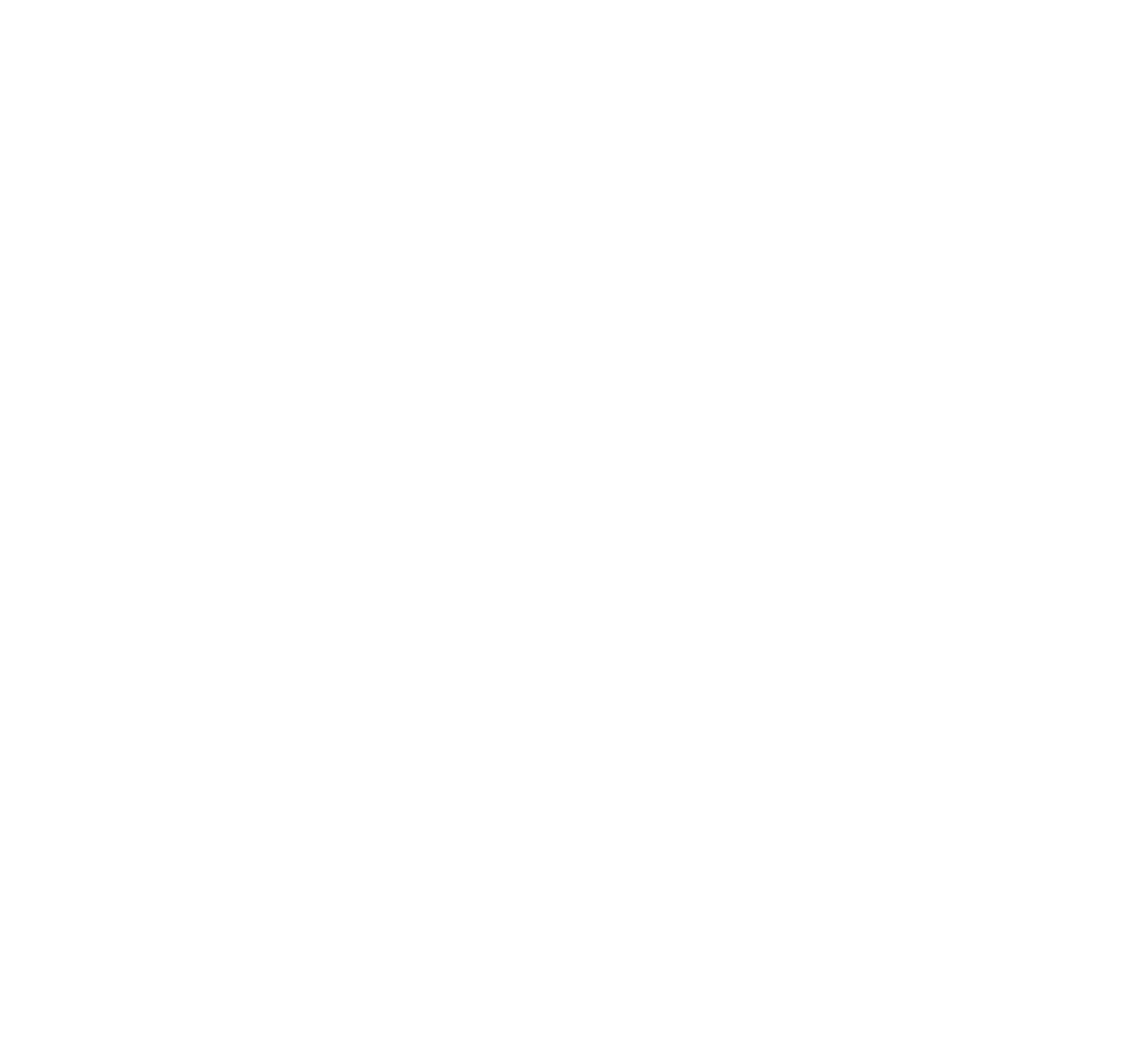 Does bioresonance therapy really work? This question is asked by many who first heard about the integrative technique. Nevertheless, even today, bioresonance therapy (BRT) is used to improve the body's health and tackle disease worldwide and has thousands of users. Physicians and people who have tried the healing effect of bioresonance on themselves speak positively about BRT, bu we still have questions.

Bioresonance therapy, according to the principle of operation, is not like conventional methods of treatment - pills, injections, invasive interventions - therefore, it inevitably raises controversy and doubts.

In this article, we will talk about the effectiveness of BRT based on facts and scientific data. We will try to determine what we really should expect from an alternative technique and dispel popular myths about bioresonance therapy.

What is Bioresonance Therapy and
does it really work?

Bioresonance is a sort of therapy used in integrated medicine that involves using bioresonance machines to measure the frequency of energy wavelengths emitted by the body. Pathologies, bacteria, viruses, and parasites, as well as toxins and other dangerous substances, are all diagnosed and cured using them. Bioresonance is utilized to effectively cure disorders such as allergies, parasites and virus infections, as well as a wide number of chronic diseases caused by them.

We talk in detail about Bioresonance in the article "Bioresonance: what is it and how will it help you to live longer?"

What does science say about Bioresonance?

Let's jump into time machine and take a quick look to the roots of Bioresonance therapy.

At the begginning of the 20th century the German physician Reinhold Voll took the first steps towards the invention of bioresonance. He studied the method of Chinese acupuncture and developed on its basis the diagnosis using electroacupuncture, known as the "Voll method."

Voll's research soon interested other German scientists and inventors: physician Franz Morel and engineer Erich Rasche. They adapted the ideas of acupuncture and substantiated their use for the treatment and diagnosis of the human body. At first, the technique was called MORA-therapy and later received the modern name "bioresonance therapy."

At first, the medical community was skeptical about the ideas of Voll and Morel. Over time, they began to gain popularity in professional circles and among patients. Scientific studies of bioresonance have been carried out since the beginning of the 21st century and many of them have shown encouraging results.

To figure out if bioresonance therapy really works let's turn to the official research data:


In 2014, an interesting study was conducted on the impact of BRT on quitting smoking. 77.2% of patients exposed to bioresonance quit smoking after a week, compared to only 54.8% in the placebo group. 28.6% of the BRT group and 16.1% of the placebo group managed to keep the result for 1 year.

What can bioresonance therapy help?

The list of health imbalances for bioresonance therapy is quite extensive:


In such a disease, bioresonance therapy directly affects the pathological cause and positively impacts the general health state of the body without a chemical load.

However, one should not expect a magical cure in one session. Many diseases develop and accumulate in the body for decades; logically, only a long course of treatment can deal with them.

In heated debates and discussions on the effectiveness of bioresonance therapy, it isn't easy to distinguish truth from myth. Although thousands of people worldwide claim to improve their well-being through effective treatment with BRT, some sceptics criticise this method.

Myth 1: bioresonance is an unconventional technique with an unproven positive effect on Health

Bioresonance therapy is based on years of scientific research and combines the theories of electromagnetic radiation and acupuncture, so talking about its "non-traditional" or "pseudo-scientific" is groundless.

In the previous sections, we have detailed the results of controlled trials, which are available in the PubMed database and other reliable sources. Undoubtedly, investments are required in further research on the effectiveness of bioresonance in other areas of medicine. However, we all know that research in the field of medicine is very often carried out at the expense of pharmaceutical companies, which prioritise drug therapy as it is well known.

Today, more and more people are moving towards holistic and natural treatment methods, one of which is undoubtedly bioresonance technologies.

Bioresonance therapy machines work according to physical laws, so calling them "miracle devices" is wrong. Without understanding the principle of the bioresonance technologies, improving health can really look like a "miraculous effect" however, such a result has a specific scientific explanation.

All cells in our body emit electromagnetic waves of various frequencies. In diseases, the frequency of oscillations changes. Modern bioresonance therapy devices contain a special antenna that emits electromagnetic waves. The emitted waves resonate with the vibrations of imbalanced cells and return them to normal and healthy values. Thus, there is natural restoration of the work of organs and systems.

Similarly, pathogenic organisms (parasites, bacteria, viruses, and fungi) are affected. Parasites do not withstand a certain frequency value, their membrane bursts with a specific vibration; then the body is cleansed.
For example, Bioresonance therapy devices Life Balance by WebWellness have more than 3000 ready-made therapeutic complexes. That allows you to carry out bioresonance therapy at home, even without a medical background.

Myth 3: Bioresonance therapy is prohibited in the CIS

Like many other progressive methods of treatment and holistic medicine, bioresonance therapy is not yet included in the official protocols for doctors. At the same time, it is actively used as an alternative or additional method of treatment legally. There are no bans on bioresonance in the CIS countries.

Bioresonance therapy is widely used in Russia and Ukraine where official clinical guidelines have been issued detailing indications, contraindications, and features of the method. This once again proves that doctors consider bioresonance as a scientific treatment method.

If you stop using machines for BRT, your body's health state will not return to the starting point. The duration of treatment depends on the specific disease: some patients require short complexes; others need longer treatment.

Myth 5: You can be treated with BRT devices and stop visiting doctors

Bioresonance therapy does not replace medical examinations and is not a panacea for all diseases, so doctors advise using such treatment wisely. There are times when you cannot heal without pills, injections, or surgery.

However, do not forget that medical or surgical intervention often requires a long recovery. In this case, alternative medicine comes to the aid of traditional treatment because they allow you to reduce drug load, cleanse the body and act on the cause of disease, which ultimately helps prevent relapses.

In difficult health situations, it is wise to get multiple opinions from traditional medical doctors and naturopathic doctors to make an informed decision and find an effective treatment plan.

Coming back to the question: Is Bioresonance Fake? We did our best to present all facts and answer the main doubts so that you can answer this question for yourself.
Bioresonance4life.net - is the official representative of innovative products of portable bioresonance devices from Business Process Technologies.

WebWellness bioresonance products are used by 6000 families all acros the world. In our blog, we share our personal experience using bioresonance technology so as many people as possible learn about this innovative and effective health technique.

Contact us to get more information and find out how to improve health and prolong an active life with the help of bioresonance.
Victoria Volchkova
Expert in Bioresonance technologies.
Official partner of WebWellness.
"I have been using bioresonance devices for more than 5 years and have been convinced by their effectiveness and outstanding impact on my family's health. I really want as many people as possible to learn about the benefits of natural healing methods with the help of modern technologies such as bioresonance method. That's the reason why I launched Bioresonance4Life project."

En
Ru
Made on